When in Germany, Go to Cologne 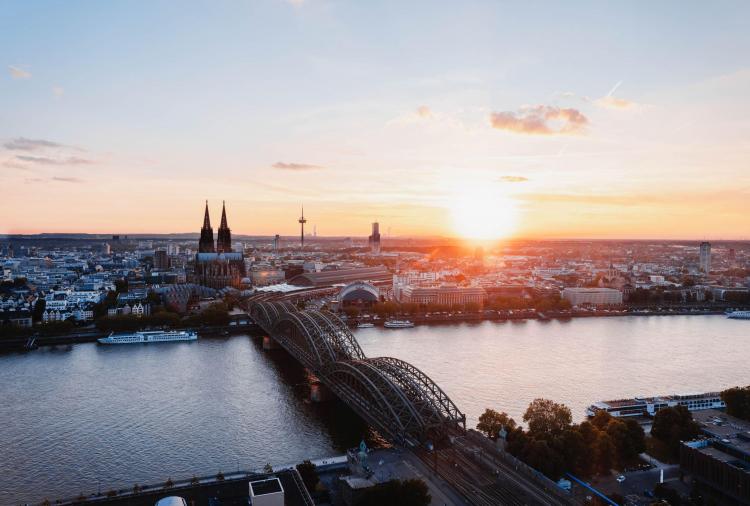 Germany is an amazing place to visit. Equipped with bread vending machines and a thorough railway system, this is one of my favorite countries.

In Germany, Cologne is one of the most beautiful cities that I have ever been to. It’s well kept, timeless, and has a nice atmosphere. When I’m there, I don’t feel like I’m in a city packed with people. Instead, I feel calm and truly enjoy myself.

One place that I recommended people visit, which is also a classic, is the Cologne Cathedral. It’s a very nice place to tour and people watch. The cathedral resides in Cologne, North Rhine-Westphalia. It’s known as the pillar of German Catholicism and Gothic architecture. As Germany’s most visited landmark, in 1996 the Cologne Cathedral was declared a world heritage site. And it’s no wonder- it attracts over 20,000 people a day!

The Cologne Cathedral took centuries to be finished through several building stages. Its two great spire towers are so tall that they can be seen from afar from many points in the city. And a fun fact about these giant towers: the North Tower is actually 7cm taller than the South Tower.

Inside, the Cologne Cathedral is very holy and breathtaking. The amount of work that was put into every single detail is absolutely astounding. It takes a few hours to tour the entire cathedral because it’s so big. It’s even bigger than an entire football field. Visitors can also go up into the towers or down to the cathedral treasury. In the treasury, church treasures from as far back as the 4th century are on display.

In addition, right outside the cathedral, there’s a lot of shopping and food choices in the area. So if you’re like me and get bored easily, this is the place to go. There’s an option for everyone to have a good time here. Even simply relaxing in a nearby cafe is such a rich experience.

If you venture farther from the Cologne Cathedral, another one of my favorite places is called Old Town Cologne. Here, there are traditional old houses that sit right along the Rhine river. Here, you can see many museums such as the Romano-Germanic Museum, the Wallraf Richartz Museum, and the Museum Ludwig. There’s also a very cute area in the center of the Old Town. It includes Alter Mark and Hekmarkt, which are both surrounded by many small restaurants and cafes.