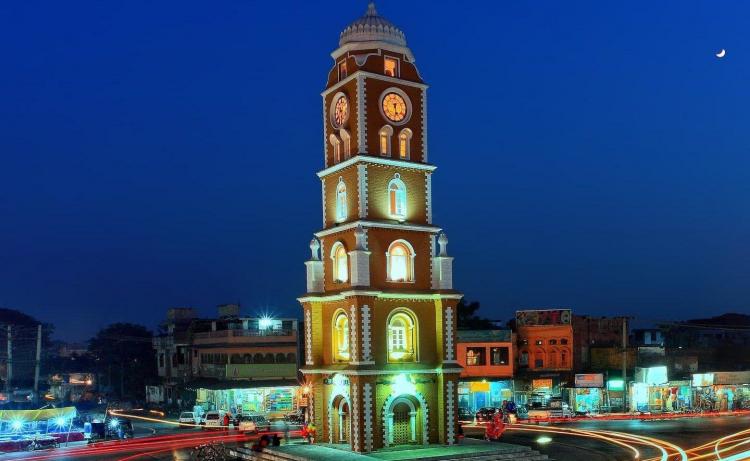 Popular spot for Tourists in Pakistan

In Pakistan travelers can experience the historical heritage of one of the oldest civilizations in the world, scale some of the highest mountains in the world, or simply experience natural beauty ranging from blossoming trees against a backdrop of snow-clad peaks in Gilgit-Baltistan to pristine beaches in Gwadar.

Faisalabad Clock Tower is one of those places that are still standing in the original condition. The Clock Tower, popularly known as Ghanta Ghar, does not fail to fascinate anyone who visits Faisalabad. Faisalabad is the city of Punjab. It was previously known as Lyallpur. It is one of the major industrial cities in Pakistan.

The Faisalabad Clock Tower is a clock tower in Faisalabad. Faisalabad is also known as the Manchester of Pakistan and is one of the antique monuments still present in its original state from the period of the British reign. It was built by the British, when they ruled much of the sub-continent during the nineteenth century.

The foundation of this superb Clock Tower was laid on 14 November, 1903 by the British lieutenant governor of Punjab Sir Charles Riwaz and the biggest local landlord belonging to the Mian Family of Abdullahpur. The fund was collected at that time to get the land for its establishment.

The actual work on the construction of Clock Tower started after its foundation stone was laid on November 14, 1903 by Sir Charles Pewaz, the then governor of Punjab. The plaque of the foundation stone was prepared by metal art experts of Chennai, Yangon and Colombo. As the story goes, there used to be a beautiful park at the center point of the eight bazaars and a well in the middle of the park. To build the Clock Tower, that well was filled. The filling of the well took weeks.

Red sand stone was obtained from Sangla Hill. Expert sculptors which included one Gulab Khan who belonged to the family who built Taj Mahal in Agra, installed big blocks of red sand stone after proper dressing and sizing them. Expert carpenters were also involved in the construction and beautification of the tower. The clock for the tower was brought from Mumbai. The work was completed in Dec, 1905.

Surrounding the clock tower are 8 different markets, each named after an area or city that it is directed towards. These markets are:

Clock Tower or Ghanta Ghar is the most recognized building of Faisalabad. It is not only the center of the city; it is also the center of all the activities that happen in the city. However, what’s unique about this site is not the clock tower itself, but the fact that an aerial view of the area forms the Union Jack, which is the British flag.