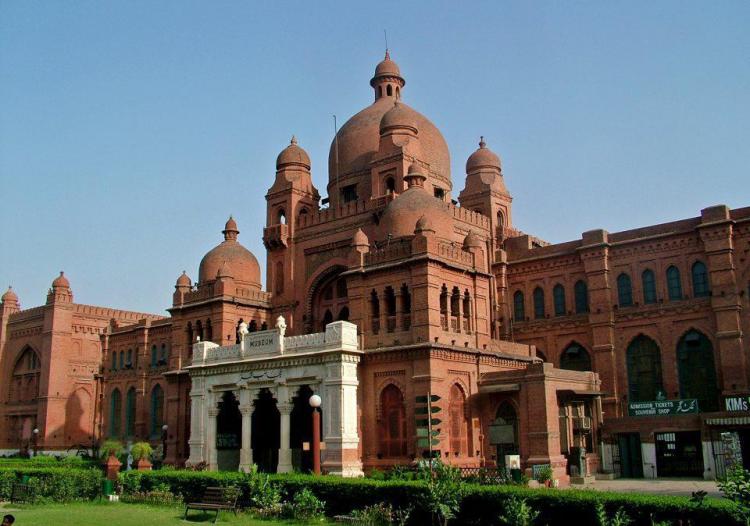 Pakistan remains a land blessed with nature’s beauty and majestic mountains. With shining deserts and some of the world’s highest peaks it’s a cradle of ancient civilizations and a ‘melting pot’ of religions and cultures.  It’s a land that holds a reservoir of knowledge for archaeologists, historians, artists, teachers and anthropologists, and it contains deep religious heritage for pilgrims of various faiths and beliefs.

Lahore is one of the world’s greatest ancient cities. For at least 2,000 years this northeastern city in Pakistan has been a center of learning for scholars, poets, and mystics. To better understand the long history of this city, it’s a good idea to start your tour of Lahore in the city’s cherished museum.

The Lahore Museum, also called Central Museum was originally established in 1865-66 on the site of the hall or building of the 1864 Punjab Exhibition and later shifted to its present site located on The Mall, Lahore, Punjab, Pakistan in 1894. Rudyard Kipling’s father, John Lockwood Kipling, was one of the earliest and most famous curators of the museum. Over 250,000 visitors were registered in 2005.The current building of Lahore Museum was designed by the well-known architect Sir Ganga Ram.

The Architecture of the museum is the Mughal Gothic style. In the museum, there are lush green gardens, with modern plantation and colorful flowers. The building is covered with red bricks and beautiful tombs. Islamic art can be seen on windows and doors with wide balconies and fascinating doorways and cannons. The artistic infrastructure attracts a number of visitors.

One of the most interesting sections of the museum is “Arms and Artillery”. As you enter here, a bronze sculpture of Queen Victoria with a Honiton lace Apron can be seen.

The main hall of the museum is very immense with diversification of paintings from Sikhs, Mughals and British era. The history of ancient times can be depicted from the museum by portraits of Kings, Queens, soldiers, and other special persons.

There are important relics from the Indus Valley civilization, Gandhara and Graeco-Bactrian periods as well as some Tibetan and Nepalese work on display
The Fasting Buddha from the Gandhara period is one of the most famous objects of the museum. The ceiling of the entrance hall features a large mural by renowned Pakistani artist Sadequain.

Next comes the ethnological gallery. There are present large cases of glass. They all have a representation of different cultures’ designs and the tradition of northern areas.

This oldest museum has approximately 40,000 coins. They are as old as stone-age. This collection is the largest in sub-continent.

Lahore Museum is the true manifestation of Pakistani culture. If you want a picture of the earliest age to the modern era then visit to the museum should be in your priority list.