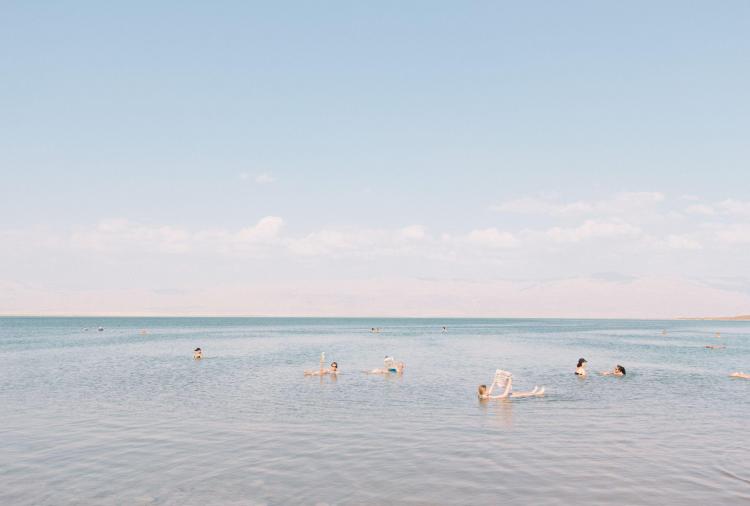 The Dead Sea: An Overview by an Israeli

Here in Israel, the Dead Sea (Yam Hamelach in Hebrew) is a place that everyone goes to. Often, Israeli schools take trips here for its great location in central Israel and its historical significance. About an hour away from Jerusalem, the Dead Sea is a popular tourist attraction and a relaxing getaway for Israelis.

I remember going to the Dead Sea for the first time. It was simply breathtaking to see what a beautiful place it is. The sky feels endless and your surroundings make you feel like you’re traveling back in time. I recommend that everyone who visits Israel to go to the Dead Sea- it’s an experience that you won’t forget.

One main reason that the Dead Sea is so popular is that it has many unique properties:

Besides being a truly special place, the Dead sea also has heavy historical significance in Israel. The Dead Sea is the symbol of destruction. This originates from when God decided to punish the people of Sodom for being evil and corrupt. Some believe that it is taboo to go to the Dead Sea because of what happened to Sodom. Some believe that it’s fine to go as long as you tell the story of the righteous one, the prophet Lot. You can decide.

There are many reasons to go to the Dead Sea. Many Israelis go to the Dead Sea to relax. They have many high-end spas, hotels, and resorts to choose from. You can also go into the water, visit the beaches, and tour the surrounding areas. My personal favorite place is Masada, a plateau where you can see the entirety of the Dead Sea from above.

As an Israeli who has seen the Dead Sea with their own eyes, you have to come to this paradise and see for yourself how magical this place is.