Red Fort: The main residence of the Mughal Emperors 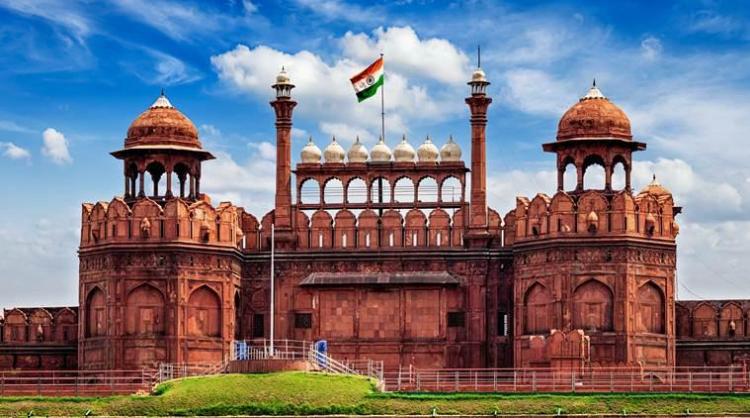 Red Fort, also known as Lal Qala, is located in the heart of the capital of India, Delhi. This is one of the most renowned historical monuments in India deriving its name from the red color sandstone that was used to build the Fort. The tourist spot is used in the national and political ceremonies organized in the country. Each year, on August 15, the Prime Minister of India hosts the national flag at the Red Fort. Inside the Red Fort there exist many interesting attractions like museums, palaces, halls, etc. and outside the Mahal there exists the Chandni Chowk market where customers can shop and take away with them the memories of the place. In 2007, Red Fort was designated as the UNESCO World Heritage Site.

Red Fort was constructed in 1639 by Shah Jahan as the palace fort of Shahjahanabad when the Mughal Emperor Shah Jahan decided to shift the capital from Agra to Delhi. It took over a decade to build this monument by the construction workers of that time. The Mughal Emperor ruled their empire from this place for over 200 years before it came to the hands of the British.
Most of the jewel’s and artworks of Mughals were looted and got stolen during Nadir Shah’s Invasion and the British. Even the famous Koh-i-Noor Diamond that represented the jade wine cup of the Mughal Emperor Shah Jahan and Bahadur Shah II got stolen and is currently present in London. Despite several claims for restitution by Indian, the British Government did not accept any of the requests and rejected such requests.
In the year 2000, the fort was victimized by the Terrorist Group Lashkar-e-Toiba that killed over 2 Indian soldiers and 1 civilian leading to damages to the Fort. After the investigation of the attack, it was found that the attempt was made to end the Indo-Pakistan relation in the peace project in Kashmir.

Red Fort surmounts an area of over 254.67 acres. It is one of the great examples of innovative design and architectural structure. The complex represents the Mughal creativity and the Islamic prototypes under the fusion of Hindu, Timurid, and Persian traditions.
The visitors can explore the living/clothing styles, weapons, etc. of the ancient era in the museum present inside the Red Fort. The settings like sleeping rooms, bath areas, and halls give a representation of the affluence and royalty of ancient times. The architectures like Lahori Gate, Delhi Gate, Naubat Khana, Diwan-i-Aam, Khas Mahal, Rung Mahal, Mumtaz Mahal, Diwan-i-Khas, Nahr-i-Bihisht, Boali, Moti Masjid, Hammam, Hira Mahal, Prices’ Quarter, and Hayat Baksh Bagh are interesting to look inside the Fort.
Each day, thousands of local and foreign tourists visit the Red Fort and explore the epic ancient design and attractions. The sound and light shows organized at the Fort is a must watch thing as it showcases the history of India and takes the audience through the historical events of Delhi from Mahabharat to Pandavas and the British Rule. The show is organized for a one-hour duration in both Hindi and English languages.