Places That Stand Out in Greece 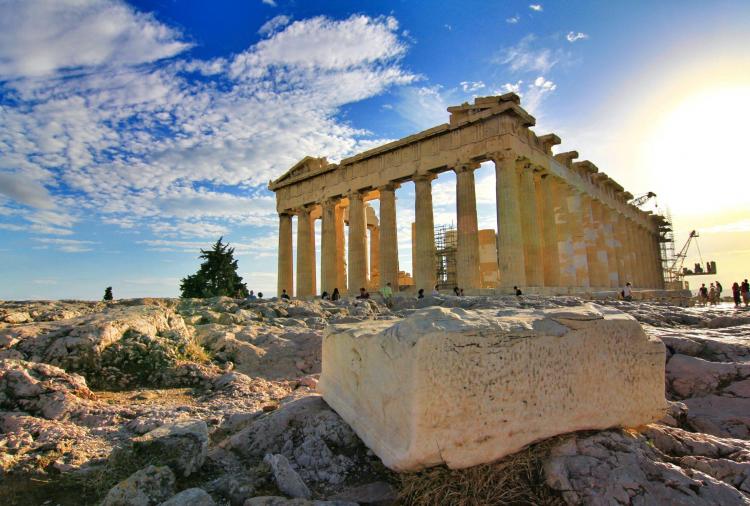 Greece is one of the most popular tourist travel spots in the world. No matter where you go, you’ll be sure to find historical sites, interesting places, and beautiful views. Here are a few places that really stand out in Greece:

Firstly, there’s Meteora, which resides in central Greece. It’s a special rock formation which is made up of pillar-like boulders. On top of these pillars are six monasteries. These monasteries are special because they are so high up and overlook everything below. To get to the monasteries, you can either go through Kalampka or through the village of Kastraki. And, don’t be surprised if you’ll have to walk up a lot of stairs to get to them.

The next location is the Temple of Olympian Zeus. Also known as the Olymieion, this ruined temple is located in the center of Athens. The temple was dedicated to “Olympian” Zeus, head of the Olympian gods. The building process of the temple lasted over a few centuries. If you visit, you’ll realize that its columns are very tall, and at the time it was one of the largest temples in the world.

The next destination is Navagio Beach. It’s also known as Shipwreck Beach because a ship landed on its shore in 1980 and hasn’t been moved since. The beach consists of an exposed cove with turquoise colored water and white sand. The beach was featured in the popular Korean drama “Descendants of the Sun,” and it’s no wonder why. It’s such a beautiful area that really makes you want to stay and never leave. There’s some concern about landslides, but now the beach has been reopened to visitors with some restrictions.

Last but not least, there’s the Parthenon. This is the most famous and iconic place in Greek history. It is a former temple dedicated to Athena, Greek goddess, and patron to Athens. It is a symbol of ancient Greece as well as its culture and refinement. One of the world’s greatest monuments, the Parthenon also served a practical purpose as the city treasury. Quite a bit of artwork is missing from the Parthenon and a lot of it resides in the British Museum in London. There are debates as to whether the artwork should be returned to the Parthenon. The Parthenon is made out of marble and uses optical illusions in order to make it more appealing to the human eye.